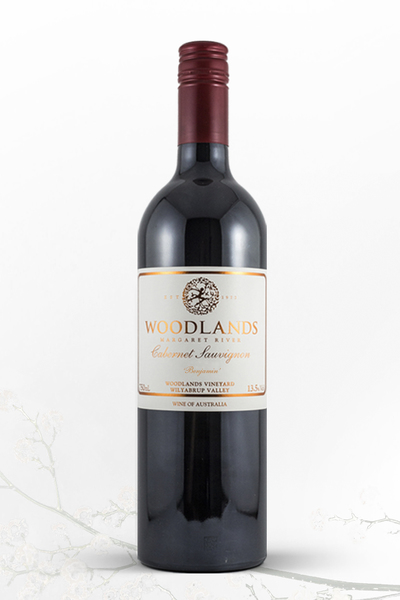 Each year we name our Cabernet Sauvignon after a family member or friend. This year our Cabernet is called ‘Benjamin’ after Benjamin Saunders who married Elizabeth Watson in 2013.

2013 was a vintage in which we were able to pick at leisure- given the dry conditions over vintage. Crops were low due to high winds at flowering, but the remainder of the growing season was warm, dry and consistent. We consider the vintage to be similar to 2011, producing more lush and exotic characters in the wines.

Our Cabernet Sauvignon is sourced from our original plantings of Cabernet Sauvignon, Malbec and Cabernet Franc found on our south-facing slope. The soil profile of this slope is generally sandy loam over gravel and clay. The top of the slope, where the Cabernet Franc is planted, has significantly more gravel in its soil. These four small plots receive the greatest number of sunlight hours on our vineyard, but the east-west orientation of the vines ensures a slow fruit maturation. These are the last batches we harvest each year.

This wine was harvested between 21 March and 2 April, yielding 6.51 tonnes per hectare (or 45 hectolites per hectare). After being picked, the fruit was destemmed before passing over our vibrating sorting table. Although this wine is hand picked, there are still many vegetal items to be removed – such as the remainders of stems and green berries. The table also guards against over ripe characters, as we also remove any raisoned berries – essential to retain freshness in the finished wine in years such as 2011 and 2013.

Once sorted and crushed, this wine was fermented in small closed fermenters. Following fermentation, the Cabernet Sauvignon must remained on skins for 35 days before being pressed for the secondary malolactic fermentation to occur. Afterwards, the wine was transferred into new French medium toast barrels to mature for 19 months.

This wine is a blend of 94% Cabernet Sauvignon, 4% Malbec and 2% Cabernet Franc. The colour is a deep crimson. The nose shows exotic aromas of star anise combined with toasty French oak and red berry fruits. The palate is very fine and balanced, revealing an array of brooding primary fruit characters leading to a tense mineral finish. After opening up over the course of one hour, the wine softens to reveal more ripe mulberry and blackcurrant flavours. Despite the relatively warm 2013 vintage, this wine shows incredible tension and finesse of tannin.